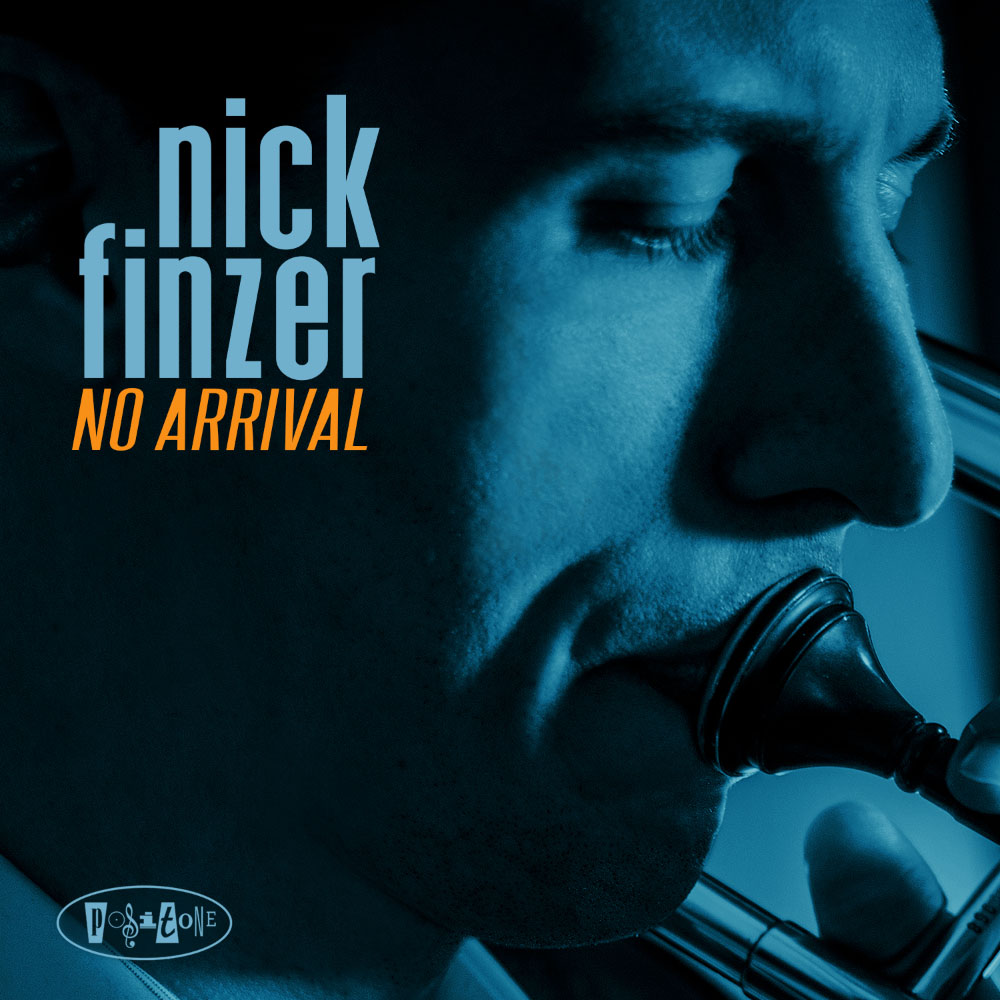 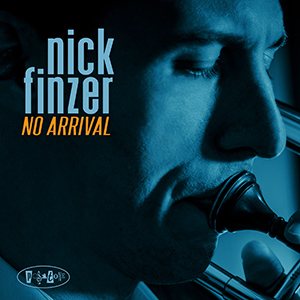 Trombonist/educator/composer/arranger/bandleader Nick Finzer might be a member of Scott Bradlee’s Postmodern Jukebox but he’s still that same teenager who entered the annual “Essentially Ellington” competition at the “Jazz At Lincoln Center” series. On No Arrival (Posi-Tone), his tone is positive with swing, post-bop and the kind of. His originals are daring. They poke, prod and push his sextet to satisfying heights on music from Prince (“The Greatest Romance Ever Sold”), Leonard Bernstein (“Maria”), George Gershwin (“Soon”) and, of course, two solid and satisfying doses of Ellingtonia. Props to the swirling tenor sax and bass clarinet of Lucas Pino who serves as foil for Finzer’s ‘bone while a rampaging piano/guitar/bass/drums keeps things hopping. 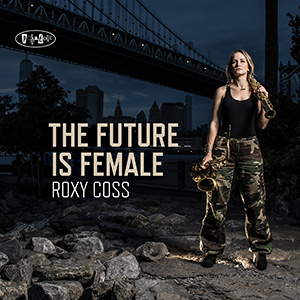 Over the past year, it’s been quite tough for anyone not to hear the voices of women around the world rising up to proclaim “Enough.” Enough of the sexual harassment and inequality in the work place, whether it be perpetrated by Hollywood Big-wigs, national and local politicians, sports doctors, educators, or someone in your neighborhood.

Saxophonist and composer Roxy Coss participated in the Women’s March the week of Donald Trump’s inauguration. She carried a sign that read “The Future is Female”; that’s the title of her new album, a  of 10 original compositions featuring her working ensemble of Alex Wintz (guitar), Miki Yamanaka (piano), Rick Rosato (bass), and Jimmy Macbride (drums) with bass clarinetist Lucas Pino on one track.

Song titles such as “#MeToo”, “Nasty Women Grab Back“, and “Females Are Strong as Hell“, might make you think that music has a strident quality. Many of the songs have great power but Ms. Coss wants to entertain and educate. While you’re grooving to the great rhythm section or enjoying Wintz’s delightful guitar solos or Ms. Yamanaka’s foundational piano, the leader wants you to think, wants you to react to the issues she’s presenting that you will begin to take action and demand better behavior throughout the country.

Sitting and listening to the music, one hears the influence of Charles Mingus (whose song titles made you sit up) and the power of Art Blakey and Max Roach. Those artists and others were also fighting for the cause of equality.  Sometimes, their music rankled listeners but, more often than not, the sounds excited those who listened and, perhaps, even made them change attitudes for the better. Ms. Coss’s lovely ballad “Choices” is filled with emotion while “Mr. President” starts slowly with a somber melody over martial drums.  Soon, the rhythm section kicks into high gear and Ms. Coss’s tenor sax pushes them forward.  “Feminist AF” is a blues – no surprise there – that hints at both John Coltrane and Wayne without imitating either one.  The afore-mentioned “Nasty Women…” features the leader on soprano and, while the rhythm section has some “bite”, the solos soar, especially Wintz’s rippling guitar lines.

Besides her work on the bandstand, Roxy Coss is the founder and director of WIJO (Women in Jazz Organization) – their Mission Statement is quite clear:

“WOMEN IN JAZZ ORGANIZATION INTENDS TO HELP LEVEL THE PLAYING FIELD IN JAZZ, SO THAT WOMEN AND NON-BINARY PEOPLE HAVE AN EQUAL OPPORTUNITY TO PARTICIPATE IN AND CONTRIBUTE TO JAZZ, LEADING TO AN IMPROVED AND MORE RICH, DIVERSE, AND SUCCESSFUL ARTFORM. THE ORGANIZATION IS COMMITTED TO HONORING BLACK AMERICANS AS THE CREATORS OF JAZZ.“

Give a listen to “The Future is Female” – it’s music that swings and rocks plus has a number of messages you should pay attention to (if you haven’t already). 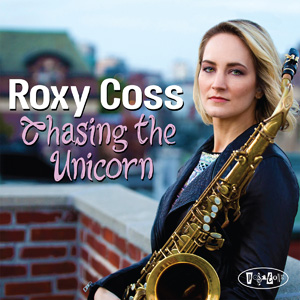 The title track opens the album with the leader on soprano sax but also overdubbed tenor sax and bass clarinet.  That “full” sound plus strong solos from Ms. Coss, Wintz and Zaleski as well as the intelligent arrangement is rewarding for the listener. The tenor sax leads the way on another original “You’re There“, the music pushed along by Macbride’s active drumming. Ms Coss’s solo rides the percussive wave. Wintz and Zaleski offer good counterpoint as the solo continues.  The melody of “Unwavering Optimism” moves upward throughout yet notice the step down as the band moves into the solo section.

As for the non-original pieces, Loueke’s “Benny’s Tune” brings back the bass clarinet in a supporting role as the band explores the rhythmic melody line. The interweaving of piano and tenor sax while Wintz joins the rhythm section catches the ear as does the guitarist’s high-energy solo. When Ms. Coss re-enters for her tenor solo, she dances atop the bouncy rhythms.  “Oh Darling” (from The Beatles “Abbey Road“) maintains its bluesy feel but with a sophisticated touch, not unlike a David “Fathead” Newman approach to a “pop” tune. The Quintet darts through Joe Henderson’s “A Shade of Jade” with Ms. Coss’s tenor leading the way. Strong solos all around from the front line on the hard-bop track. Wayne Shorter’s lovely ballad “Virgo” puts the bass clarinet up front, a classy move, and Ms. Coss’s solo is quite impressive. But, pay close attention to the work of Zaleski, Rosato, and Macbride as they are quiet yet active in support.  The album closes with Willie Nelson’s “Crazy” – the tenor solo is reminiscent of both Coleman Hawkins and Ben Webster in tone and attack.  Wintz’s guitar solo stands out as well.

“Chasing The Unicorn” follows Ms. Coss’s “Restless Idealism” (Origin Records) release by 15 months yet feels like a giant step in her career.  One can hear in the maturity of the compositions, in her development on both the soprano sax and bass clarinet, and her work as a bandleader.  This is a group you’ll want to see and hear. Each member plays with strength and intelligence, adding to the songs in many different and often subtle ways. The faces of contemporary music are always changing, more young people are getting involved (even now, at a time when the business end of the “business” can be frustrating), and we are hearing news way to approach both tradition and change.  Give a close listen to Roxy Coss and this ensemble.