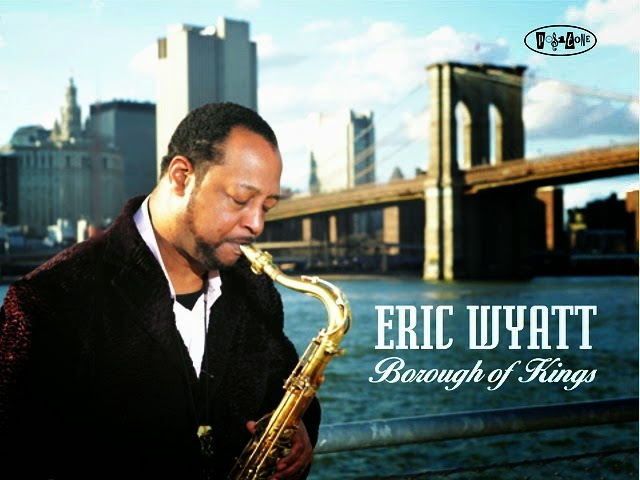 Eric Wyatt is a fine mainstream tenor saxophone player who makes exciting and well thought out music on his most recent album Borough of Kings. On this album he is accompanied by Duane Eubanks on trumpet, Clifton Anderson on trombone, Benito Gonzalez on piano, Ameen Saleem on bass and Shinnosuke Takahashi on drums. The group works well together as a whole, but I was particularly impressed with Gonzalez who drives some of these pieces like the opener “The People’s Champ” with a power that is reminiscent of McCoy Tyner’s epic early ‘70’s music, in addition to adding some Latin flourishes at times. Adding some flute to “Ancient Chinese Secrets” gives the music some interesting texture with the lighter instrument playing along with the lead tenor saxophone before dropping aside like a booster rocket as Wyatt develops a firm and deft solo statement. I enjoyed the music most when they were playing at high speed as on the title song “Borough of Kings” which begins slowly before Gonzalez puts the hammer down and launches the group into a high speed chase and a nice version of the John Coltrane classic “Countdown” in which all of the musicians are combined in one mission of pushing the music forward while also enjoying moments of fine soloing.