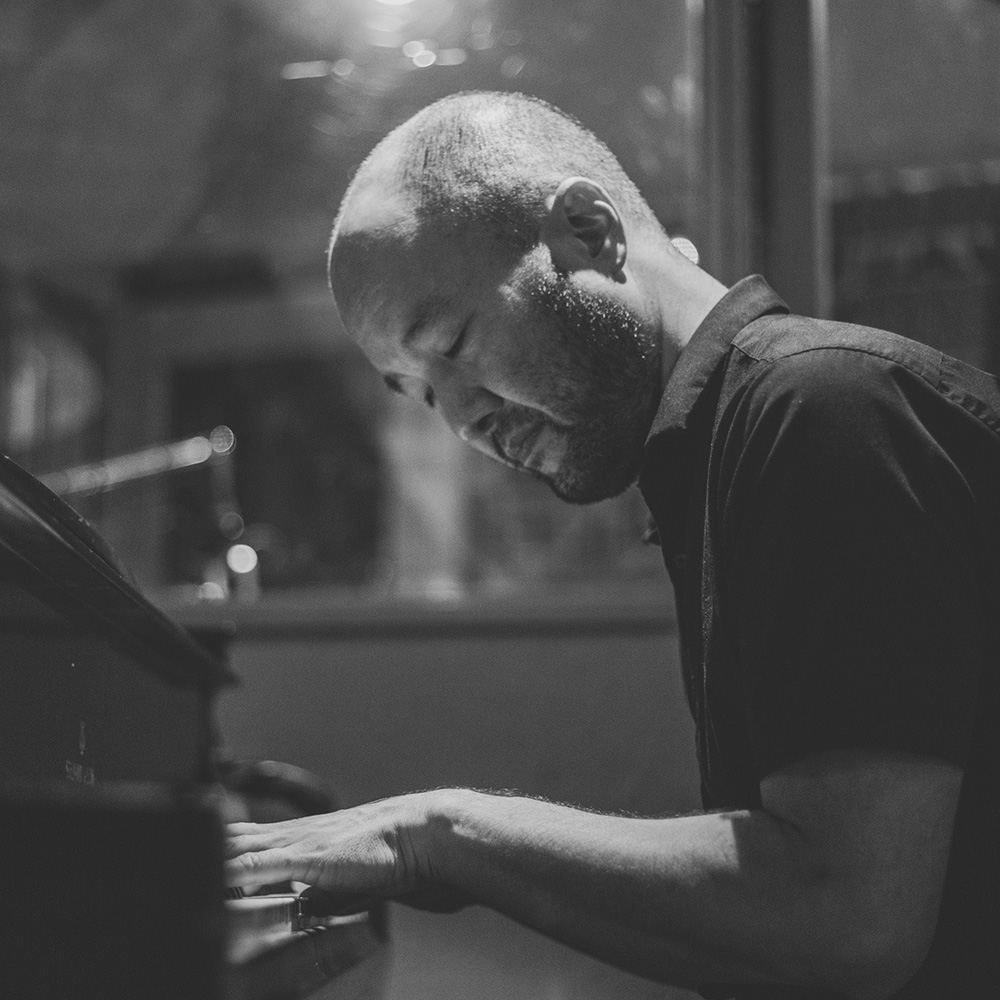 •  New CD by this Artist

Art Hirahara is a jazz pianist and keyboardist living in New York, NY. Originally from the San Francisco Bay Area, Hirahara moved to New York in 2003 to be challenged by its pool of world- class musicians. There, he has honed his craft while performing in a wide range of musical situations, ranging from straight-ahead standards to time-cycle-based progressive jazz to free improvisation. From the traditional to the avant-garde, Hirahara has found a sound of his own that cuts across genres and boundaries.

Hirahara latest album is his fifth on the Posi-Tone label and is titled Balance Point (2020). On this album, Hirahara uses the piano trio format as a foundation and adds award-winning tenor saxophonist, Melissa Aldana, for five of the songs. Bassist Joe Martin and drummer Rudy Royston, both acclaimed and in-demand musicians, round out the rhythm section. The music on this album is a continuation of Hirahara’s life explorations and artistic development. Showcased are his superb compositional skills along with two free explorations and a solo rendition of the Duke Ellington tune “Prelude To A Kiss.” Balance Point continues to trace Hirahara’s evolving growth and insight stemming from his previous Posi-Tone albums, Noble Path (2011), Libations & Meditations (2015), Central Line (2017), and Sunward Bound (2018).

Hirahara was awakened to jazz during his studies at the Oberlin Conservatory of Music, where he earned a degree in Electronic and Computer Music. During his junior year, he began jazz piano studies with the Cleveland jazz giant Neal Creque. He then continued at California Institute of the Arts, where he was mentored by David Roitstein, Charlie Haden, and Wadada Leo Smith. It was there that he immersed himself in world music, focusing on West African drumming and dance, Balinese gamelan, and North Indian tabla. In August of 2000, Hirahara self-released his debut record Edge Of This Earth to critical acclaim. After his move to New York, Hirahara studied at the Banff Workshop in Jazz and Creative Music program with Dave Douglas in 2004.

Hirahara’s piano and compositional sound are an amalgamation of the varied musical influences he has studied and the wide range of leaders he has worked for. Hirahara is constantly seeking new situations to challenge his musicality.